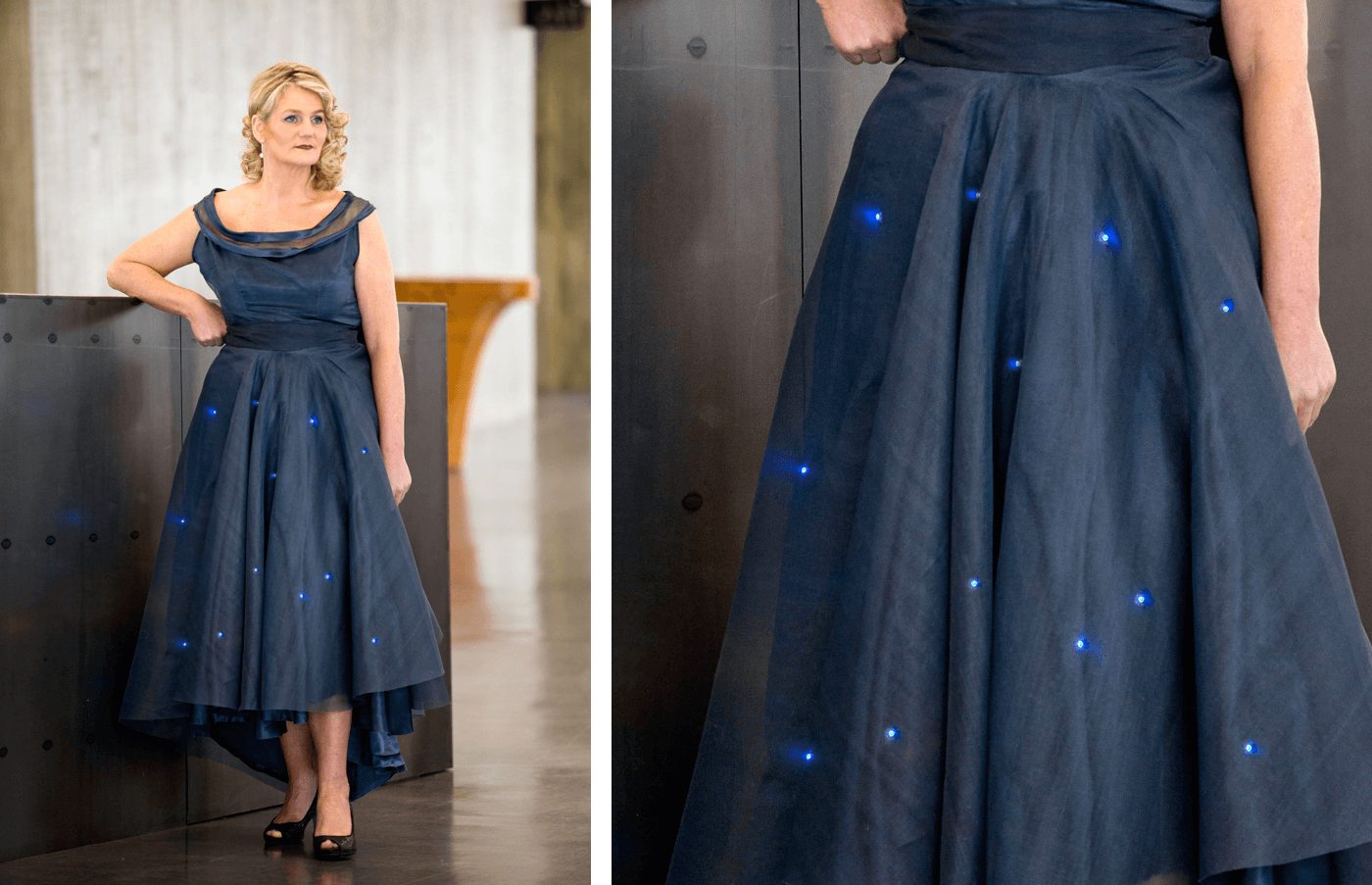 Made for Sarah Trotman, the Director of Business Relations at AUT, to wear while hosting the AUT Business School Excellence In Business Support Awards. Sarah has partnered with a team from AUT Creative Technologies for the last two years to create wearable outfits that showcase innovative combinations of technology, sustainability and fashion. Previously we've seen mood-sensing and augmented reality technology. Along with the team of Donna Cleveland, Claudine Nalesu, Lara Galea and Marlies Reukers, our aim was to create something even more unique. While investigating existing e-textile technologies, we quickly realised that there was a lack of engagement in otherwise high tech garments on the market.

So how can we think of inputs, and how they could affect outputs in a meaningful way? How can we make it suitable for embedding into textiles and comfortable to wear? And how can we assist in creating a positive and open atmosphere for the event? 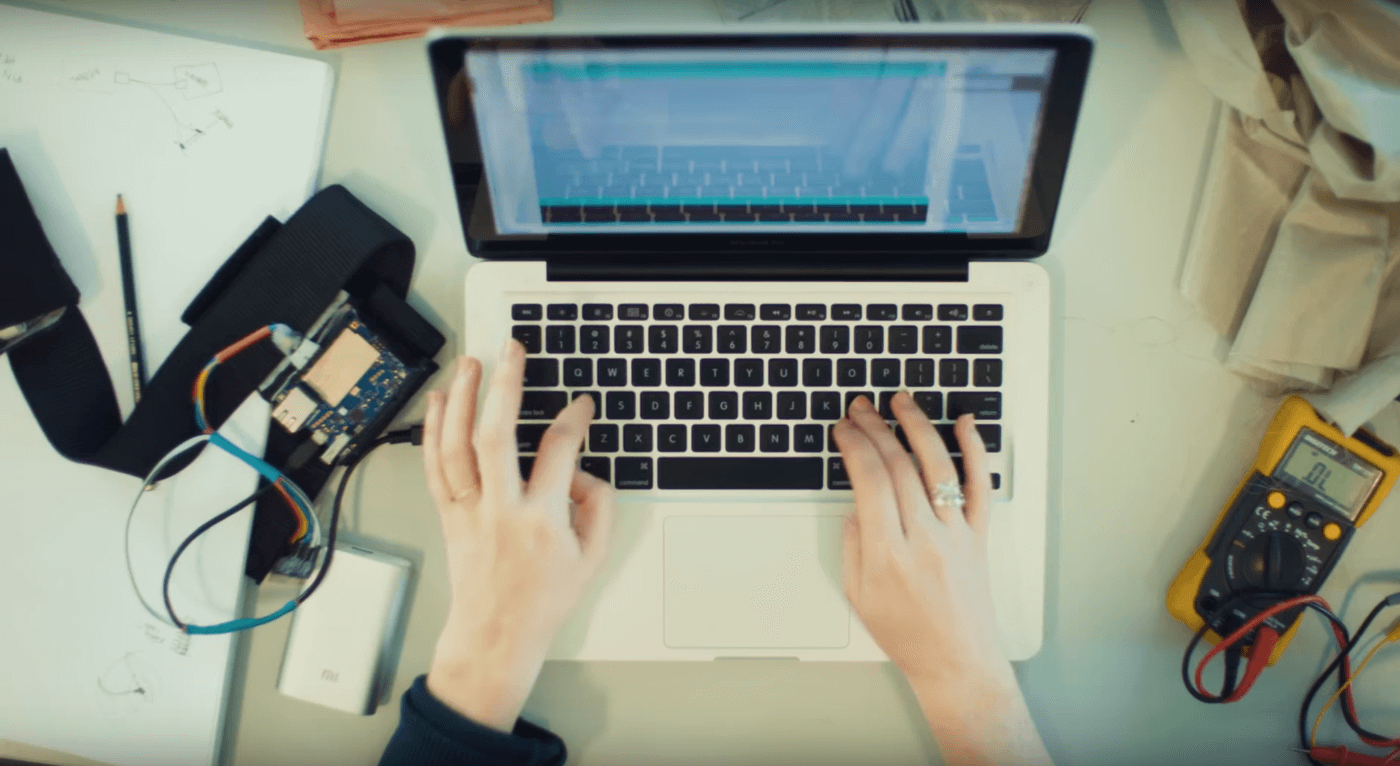 To promote the event and make it more enjoyable for guests, we added an element of gamification and interactivity by allowing anyone to tweet with a specific hashtag in order to activate a sequence of coloured LED sparkles on the dress.

This utilised an Arduino Yun (part Arduino, part Linux), which was my main focus for the project, that listened for live tweets on Twitter streaming in while filtering for a specific hashtag. The Linux side of the Arduino handled all of this magic. Once a suitable tweet was posted online, a signal is sent to the Arduino side, activating a custom Neopixel sparkle sequence. 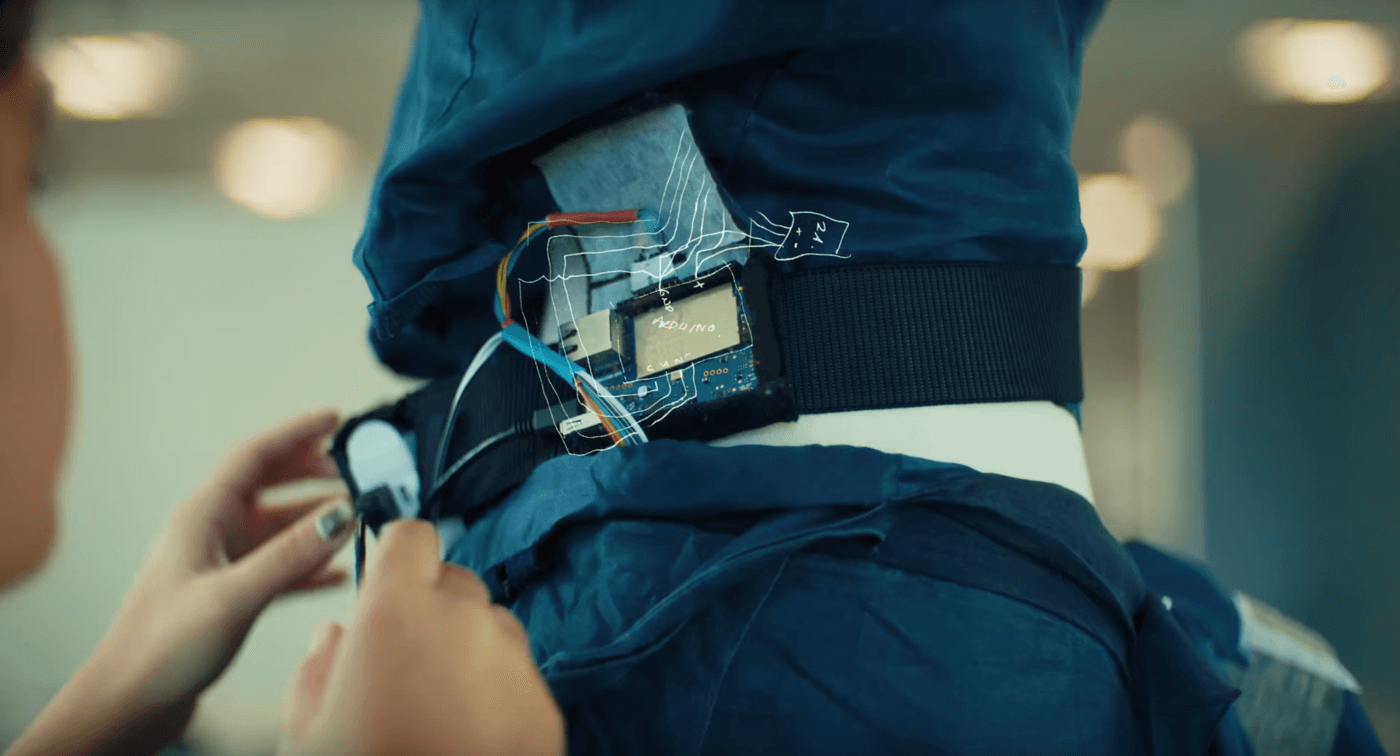 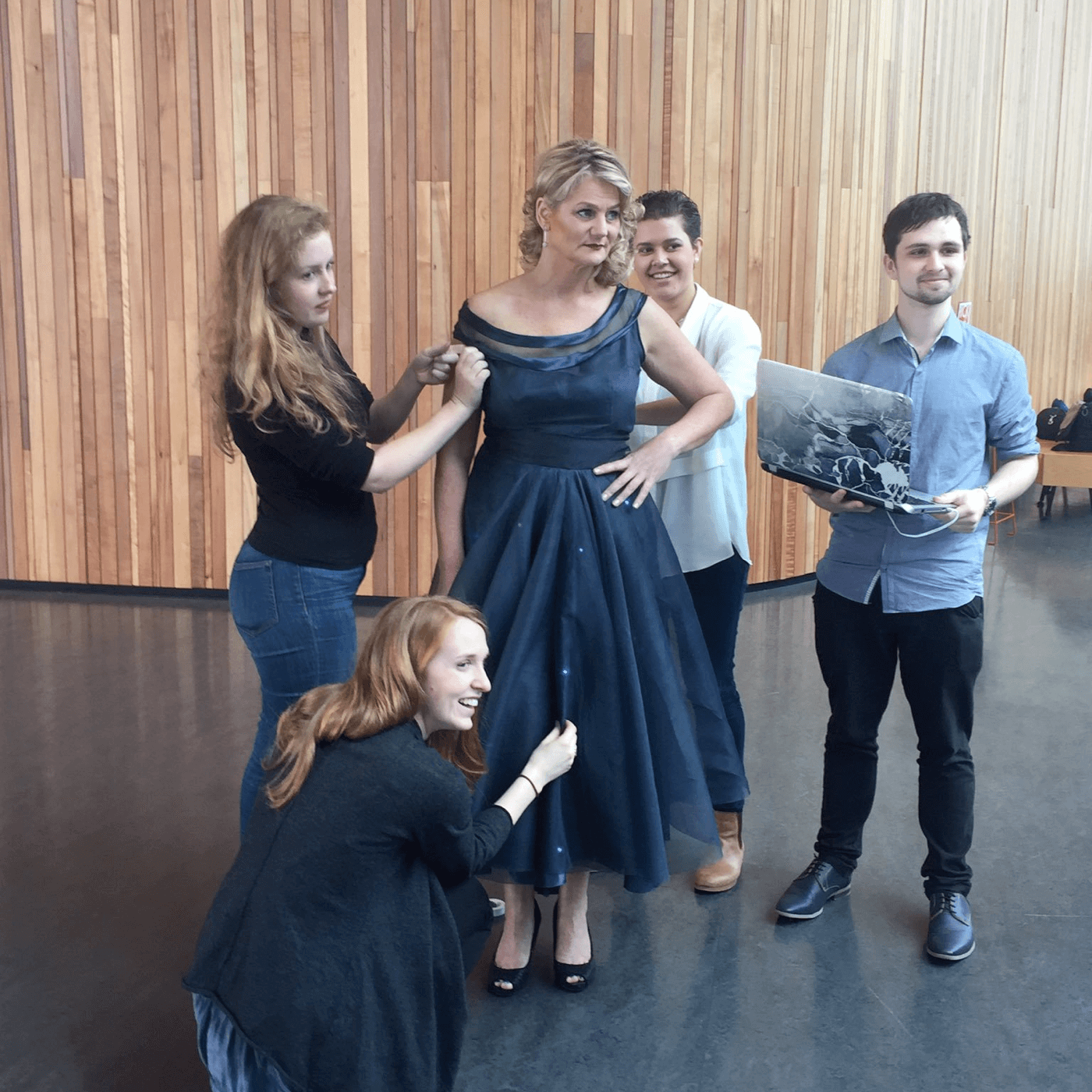 On the night of the awards, the crowd's Interaction with the dress went above and beyond our expectations. Not only was it a tool to generate a conversation over social media (the hashtag was trending on Twitter the whole night), but it brought about a sense of playfulness and social connection in the audience itself. Take a look below! 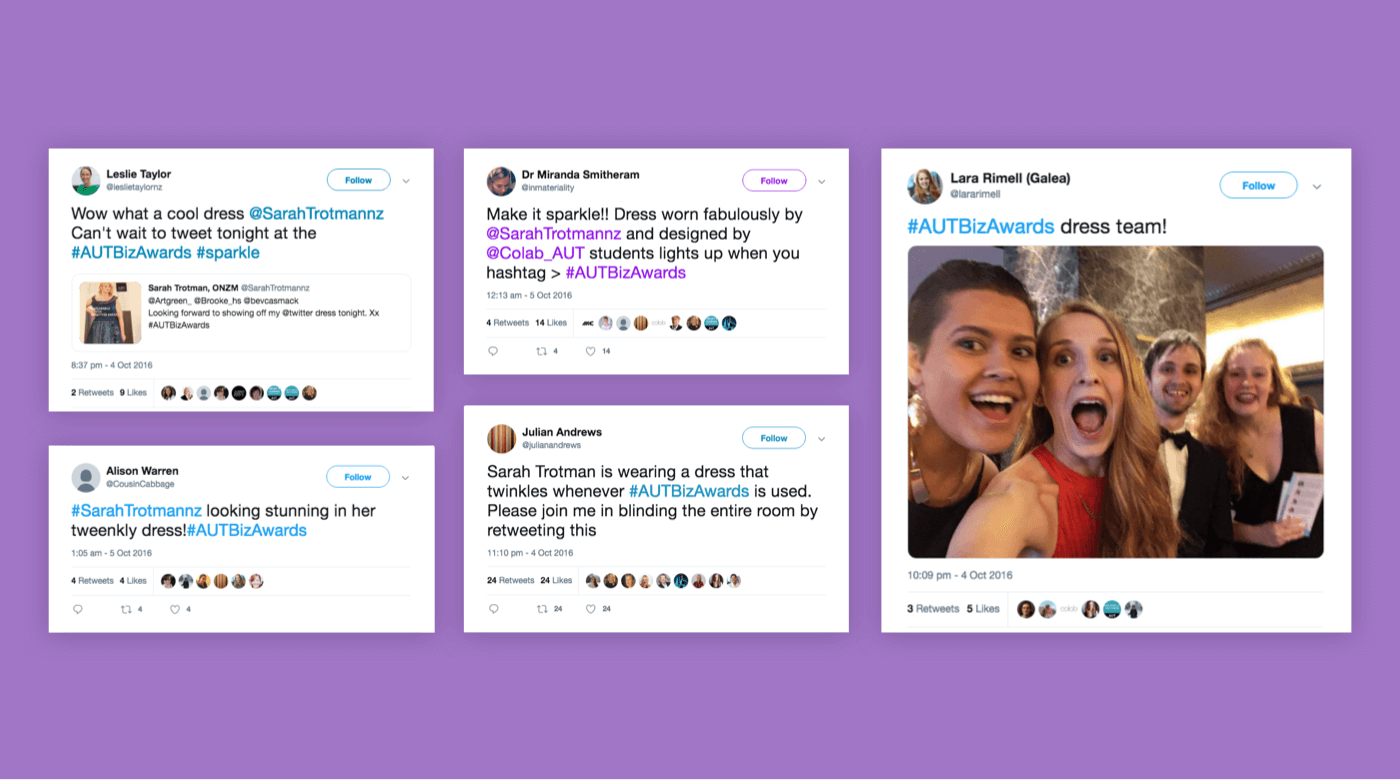